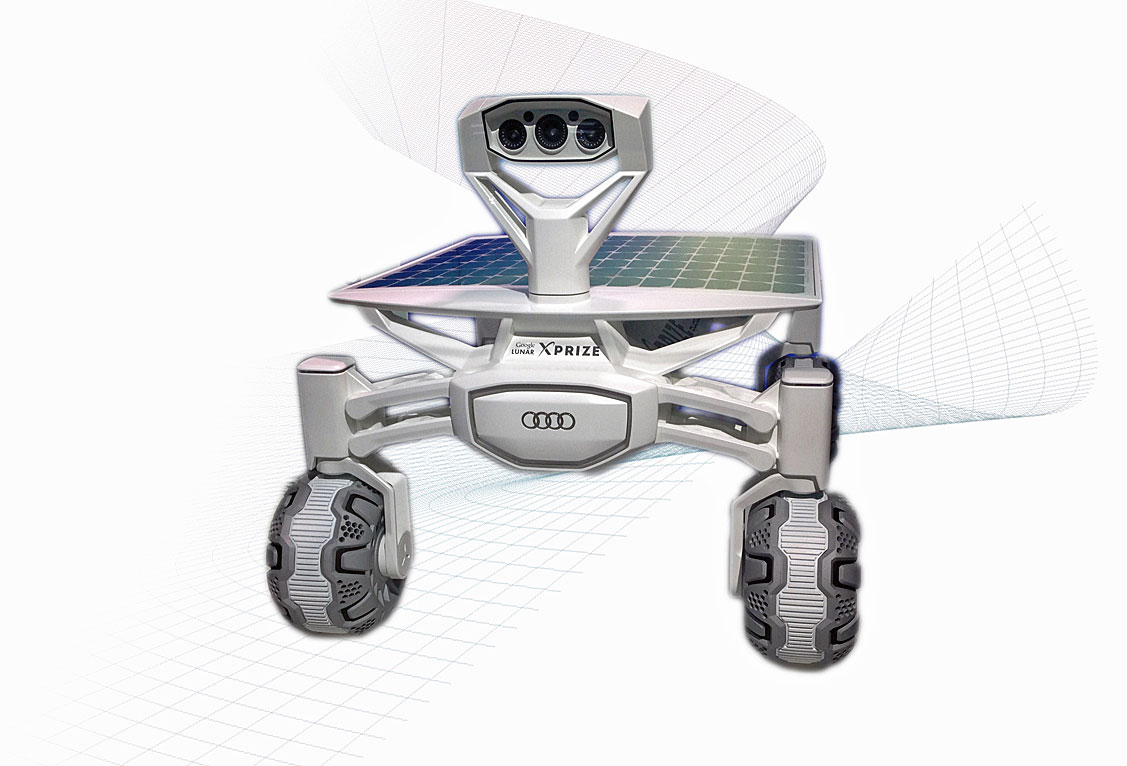 MISSION TO THE MOON:

The moon rover, developed by Part-Time Scientists team is fascinating already today with highly-sophisticated technologies. With AUDI supporting their efforts, the moon rover has turned into an Audi lunar quattro – an even more lightweight vehicle with higher efficiency and greater versatility. The moon rover has been developed within a challenge to win the Google Lunar XPRIZE. Already now, the vehicle impresses in all technological aspects with highly-sophisticated and detailed solutions - even generating its own energy.

How to rove the moon with an electric vehicle?

This electric vehicle has a lithium-ion battery pack. This battery is only charged with the solar energy which is generated by a special solar module designed by a2-solar.

The tilting solar panel with approx. 0,3m² in size has been built by a2-solar and presented during the International Motor Show (IAA) in Frankfurt in 2015. The solar system shall catch the sunlight to collect electricity for the moon rover’s lithium-ion battery pack. Thus, the rover shall succeed in driving the distance of 500m on the moon as required by the Google Lunar XPRIZE regulations. Once the moon rover has succeeded to pass 500m on the moon while sending HD resolution images, the mission is successfully completed. 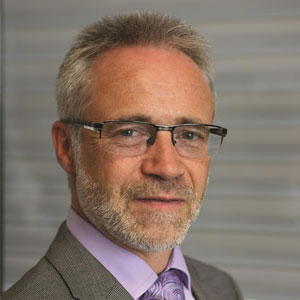 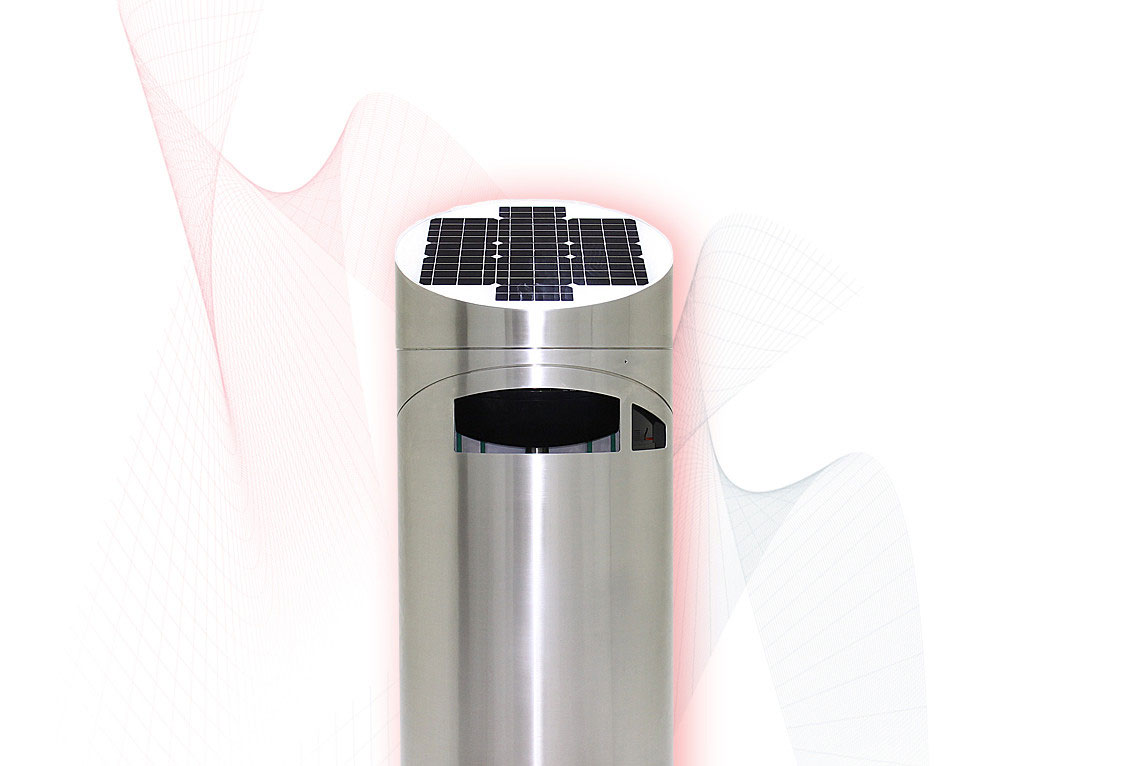 As a pioneer of the solar industry, environment is a major aspect of course. The more we are glad and proud that our solar modules are used to prosper the future of green waste disposal. 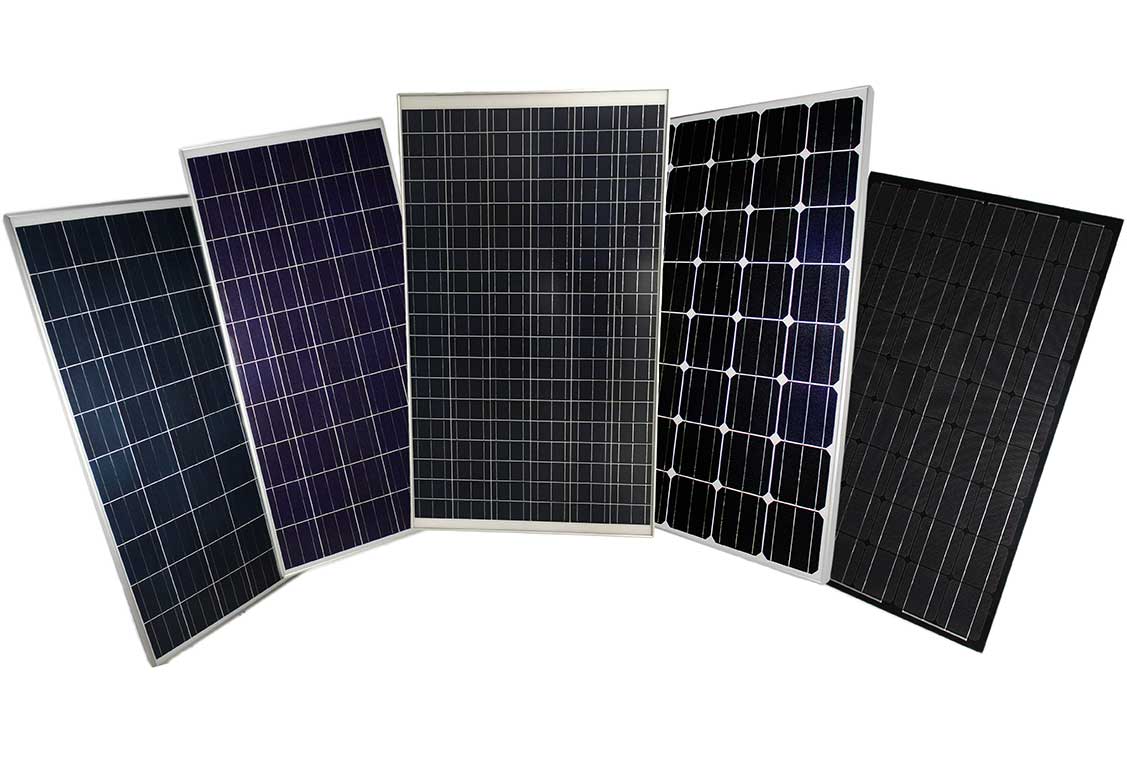 “NEVER SAY NEVER” – under this slogan, we reproduce several types of solar modules of other manufacturers as “replicas” – providing all the quality expected from a top German brand.

At the International Motor Show (IAA), the moon racer has been exhibited with our tiltable solar roof panel which generates the solar energy for this vehicle to rove the moon.